Happy Sunday! I’ll kick off my adventure posts with an incredibly fun, beautiful, and affordable trip. At the beginning of 2011, Cameron and I were sitting on the couch in my one bedroom apartment watching TV. We had taken our Grand Cayman and Cozumel cruise in October and I was itching to pick our next destination. I asked Cameron what places were on his bucket list. He said New Zealand (I knew we couldn’t afford that) and Costa Rica were two places he would like to go. I opened my laptop and looked up plane tickets. Round trip from Orlando to San Jose on Copa Air was $300. Without asking, I booked it!

Tip: we went the first week of June, which is rainy season. Hotel and ticket prices are lower this time of year and it’s the same as Florida summer so we knew we’d be fine!

We flew into San Jose, rented a car through Budget, and made the beautiful drive to La Fortuna. The city has a lot of traffic but once you’re out, driving is pretty easy. Just be mindful that a lot of bridges are only one lane and biggest car has the right of way.

When we arrived we checked into Hotel Los Lagos, which is at the base of an active volcano. The property is incredible! Our favorite feature were the hot tubs. There are several as you walk up the property and they are all fed by the natural hot springs from the volcano. The higher you go, the hotter they get! 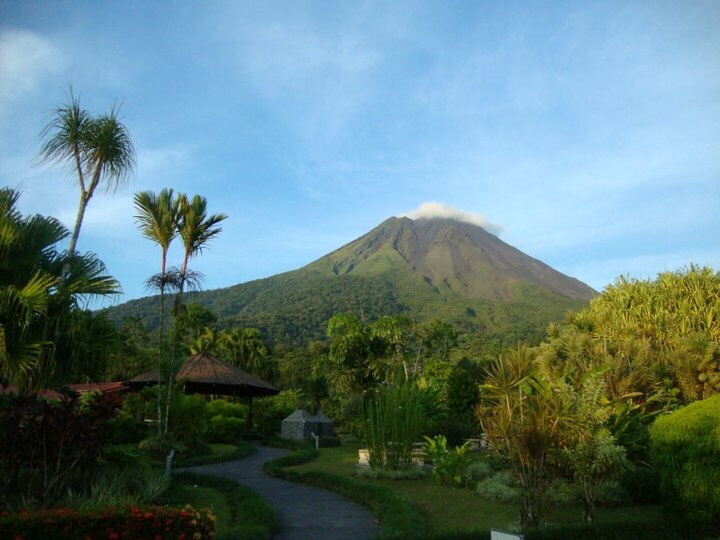 Our first day in La Fortuna we went to the waterfall park. There are 471 steps each way so wear comfy shoes! Also, be sure to wear a bathing suit so you can jump in at the bottom! The water was cold but it was worth it.

Our second day we went zip lining at Arenal Park. There are several companies in the area but we went with Sky Trek based on reviews and safety. It was an absolute blast! One of the zip lines is over 600 feet in air! 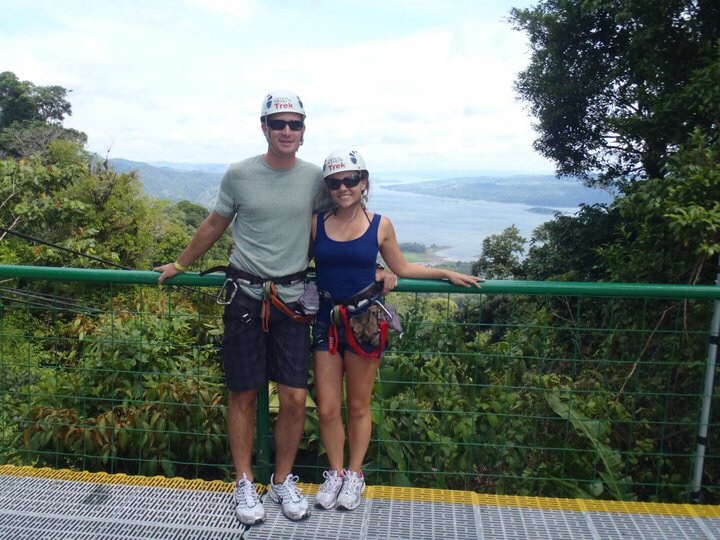 As I’ve mentioned before, Cameron is always a little skeptical when it comes to traveling. I love eating at ‘hole in the wall’ type places but he was not into that idea just yet. Until I finally convinced him to let me pick a dinner spot! We had passed Soda Las Flores the day before and I was set on going. We pulled up and the owner walked over from his hotel next door to seat us. We talked for a while and he gave us great food recommendations. Then his wife walked over and started cooking! They were incredibly sweet and hospitable. They sat with us and taught us various Spanish words and phrases that they thought would be useful on our trip. The food was so great that Cameron came around to my restaurant choices and hasn’t questioned me since! It has since been painted a different color but here is a picture: 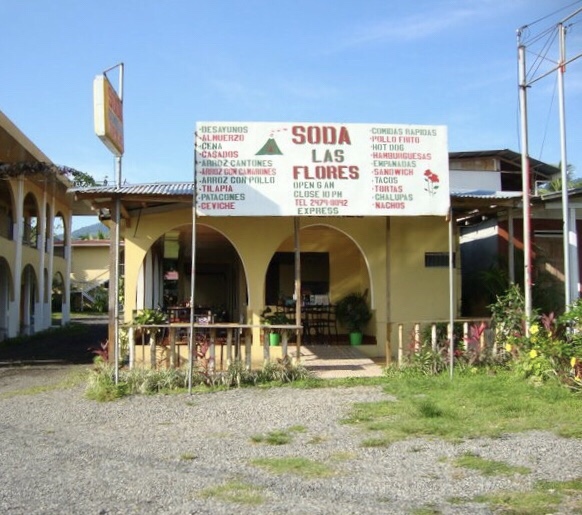 We stayed two nights in this area and then it was off to Manuel Antonio for our remaining 3 nights! Come back next week for all of the details!